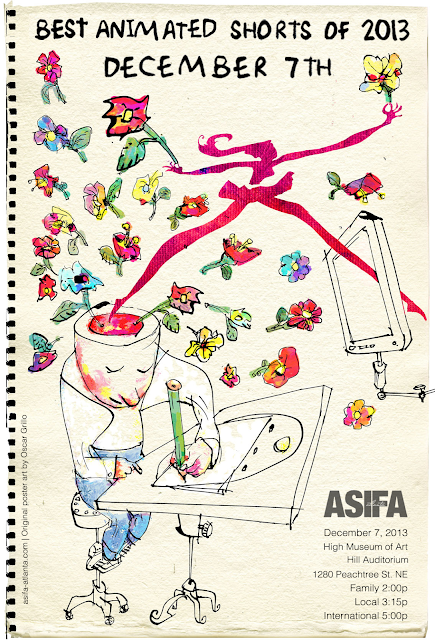 Program announced! Click HERE for full schedule and film list
Atlanta’s International Animated Film Association (ASIFA-Atlanta) brings its best films of 2013 to the High Museum of Art! Expect an outlandish assortment of stop-motion, 3D, mixed-media and clay-mation shorts from Atlanta and beyond. A Q&A with the filmmakers will follow the Local screening.
This screening is made possible thanks to ASIFA's international exchange program in celebration of International Animation Day (IAD). In 2002, ASIFA proclaimed October 28th as International Animation Day, commemorating the first presentation of projected moving images to an audience. Theatre Optique was shown on this day, October 28th, 1892, in Paris. Every October since, ASIFA chapters worldwide create a compilation of regional animated works to exchange with participating chapters.