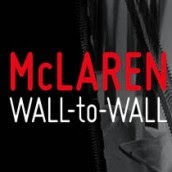 Norman McLaren is one of the most renowned animation filmmakers in the world. In 2014 the Quartier des Spectacles and the National Film Board of Canada (NFB) will partner to commemorate the 100th anniversary of his birth by dedicating to him the ensemble of video-projection façades in Montreal’s Quartier des Spectacles. This is an invitation to filmmakers and creators from the four corners of the Earth to celebrate his legacy by submitting original creations inspired by his work.

Winning films will be projected on the designated façades, from April 11th to June 1st, 2014, in Montreal’s Quartier des spectacles.  Learn more.