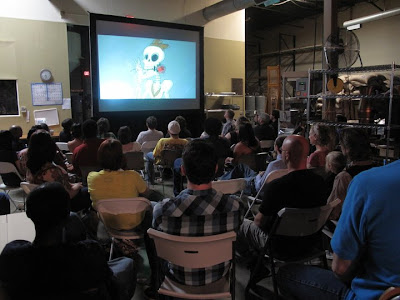 In partnership with the MINT Gallery and Batdorf and Bronson, more coffee and cartoons screenings are in store. And with all that caffeine we're celebrating twice for ten years of Roll Yer Own, ASIFA Atl's annual local animation showcase. First, we get to show them in Atlanta. Second, we get to show them internationally.

Each year in October, ASIFA chapters all over the world collect their best locally produced animated short films and screen them in recognition of International Animation Day. The ASIFA Atlanta DVD is comprised of the best RYO submissions. Call opens in March.

We'll close things out with 12 n' 12, an animation challenge inspired by Scott McCloud's 24-Hour Comic. Split into 2 days, 12 hours each day, teams of no more than four compete to produce the best 12 second animation.